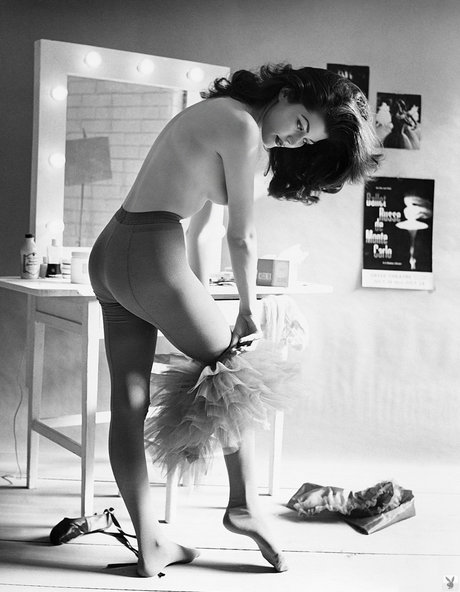 Sandra Edwards (born March 12, 1938 in Los Angeles, California) is an American actress and nude model. She was Playboy magazine’s Playmate of the Month for the March 1957 issue. Her centerfold was photographed by Peter Gowland. Her name is usually spelled Saundra Edwards. In addition to her modeling career for Playboy and other men’s magazines, Edwards, who is part Cherokee, was a showgirl in Las Vegas. As a contract player at Warner Bros., her acting credits include a few films like The Crowded Sky (1960), A Fever in the Blood (1961), and many television roles in shows such as Hawaiian Eye and Maverick. Edwards married actor Tom Gilson on December 8, 1961 and had a son named Thomas S. Gilson Jr. She separated from him in August 1962 when he became abusive, after which she moved in with her sister and brother-in-law. On October 6, 1962, Edwards killed Gilson with a shotgun blast through the heart when he broke into the house where she was staying. A coroner’s jury later ruled the shooting as justifiable homicide. However, the scandal abruptly ended her acting career. Performances Playboy Playmate: March 1957