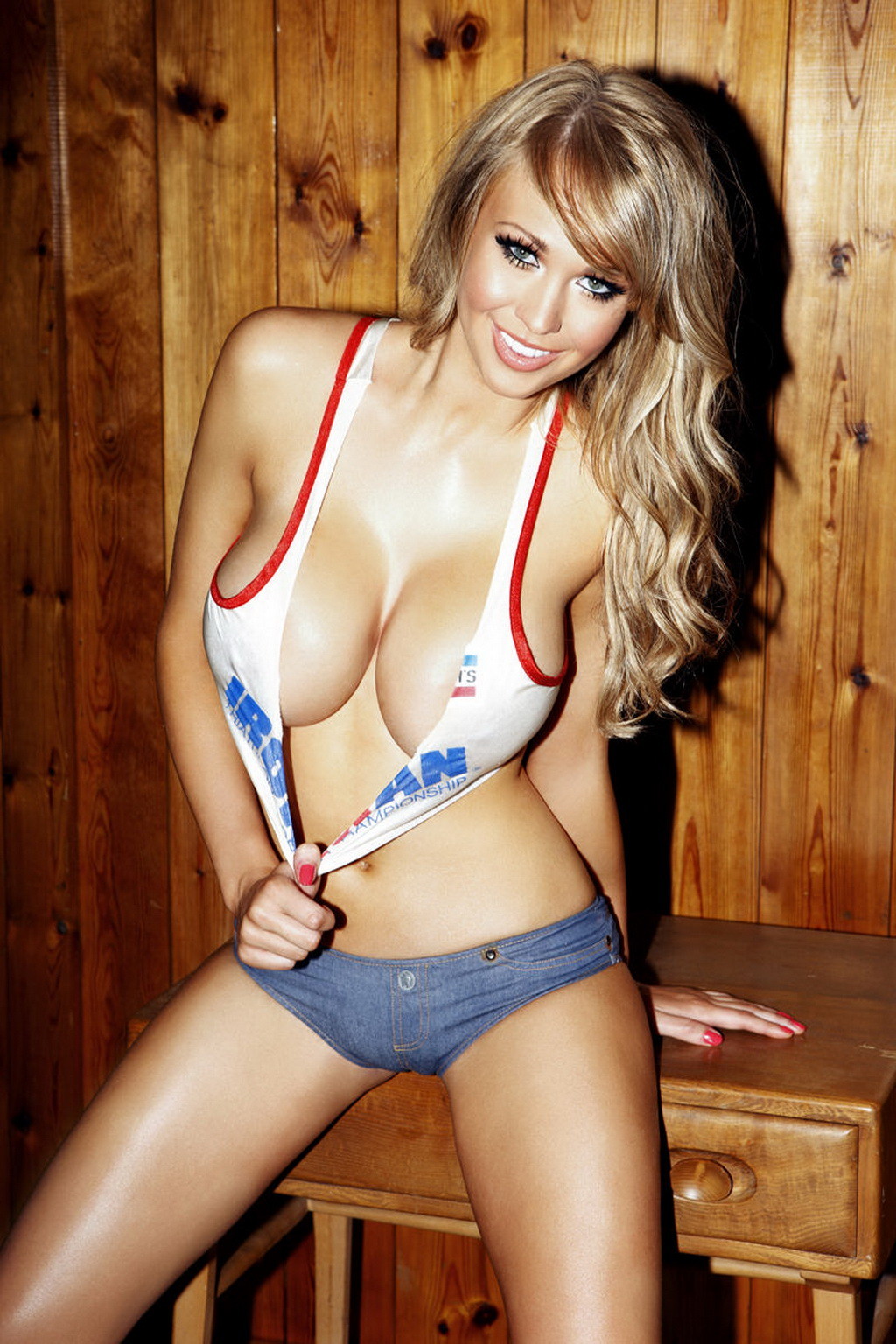 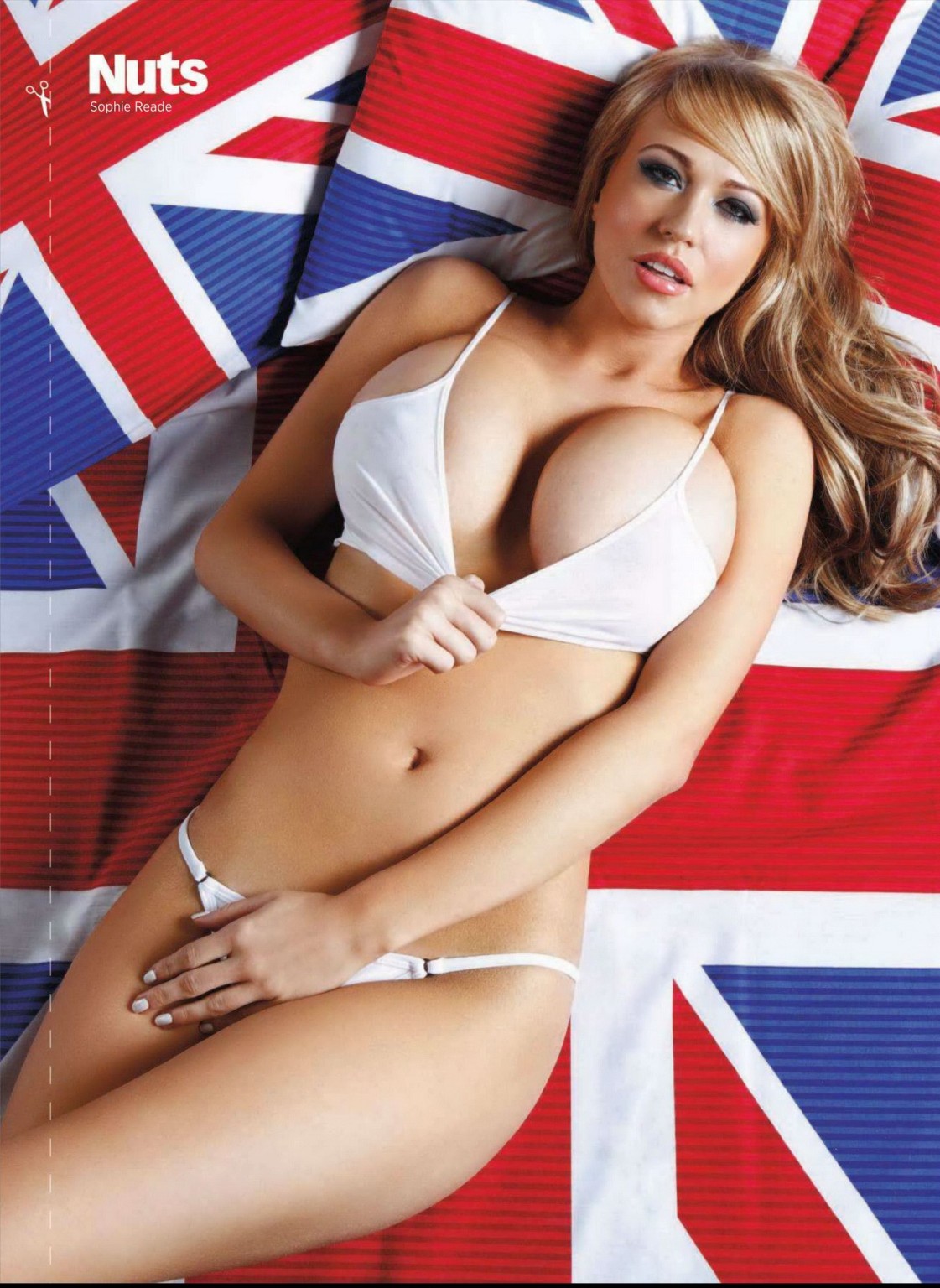 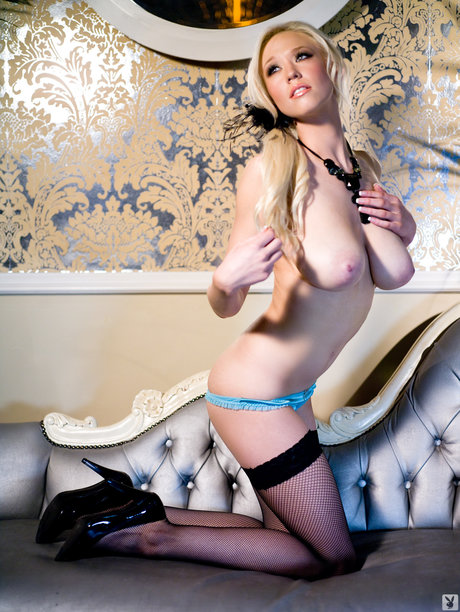 Sophie Reade (born 18 May 1989) is a British glamour model. She was the winner of the 2009 UK series of Big Brother. For the last two years Sophie’s main job has been promotional work at motorbike shows in the UK. Sophie, initially, was a natural 30G in 2007, increasing to 30GG in 2008, but had reduced to 30FF when she chose to have her bust lifted and increased back to a 30GG in April 2009. The British tabloid “News of The World” featured her before and after photos. She did her first topless shoot aged 18 and has posed nude for UK Playboy. She has said she regrets about not going to university, and suffers from “party envy” when checking out her friends’ amazing social lives on Facebook. Sophie has stated that she likes US President, Barack Obama because ‘his daughters look cute.’ She cares deeply about the war in Iraq and has raised over £10,000 for the troops through a well known campaign. Sophie said once that she’d make a good ‘President’ of England because everyone would listen to her. While on Big Brother, her weight increased from 109lbs to 126lbs, with the consequent increase in her bra size from 30GG to 30J during this time. Sophie’s bikinis struggled to contain her increasing breast size during her time on the show. She recently stated that she will undergo further breast augmentation surgery in December 2010; this increased her bust size to 30JJ.